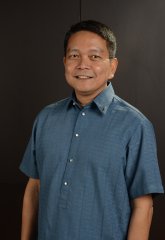 Fr. Jett was born in Manila on January 30, 1960. He started formal education at Lourdes School in Sta. Mesa Heights, Quezon City and was introduced to Jesuit education when he entered Ateneo High School in 1976, and later on received a Bachelor of Science degree in Physics, graduating magna cum laude from the Ateneo de Manila University in 1980. A year after graduation, Fr. Jett entered the Society of Jesus and at the same time studied in the Juniorate program in English and Filipino literature and composition then later on completed Philosophy studies in 1985. He later pursued a Master of Science degree in Physics from Marquette University in 1987 and in 1992 earned his PhD in Atmospheric Sciences at Georgia Institute of Technology.

Fr. Jett’s works as a scientist earned him the National Outstanding Young Scientist in 2000 by the National Academy of Science and Technology (NAST). His work on greenhouse gas emissions made Fr. Jett a part of the Intergovernmental Panel on Climate Change, a team of climate scientists that won the 2007 Nobel Peace Prize together with Al Gore. Fr. Jett is also an active member of several local and international environment and climate groups. Internationally, he is lead reviewer of the UN Convention on Climate Change and has worked with UN Consultative Group of Experts for Developing Countries. He also currently chairs the board of the Manila Observatory.